Flora uses conductive thread or aligator clips, connect up the 3V/SDA/SCL/GND pins to the matching pins in the north-west quarter of the Flora board. We suggest alligator clips to test, then sew in with thread once it works! 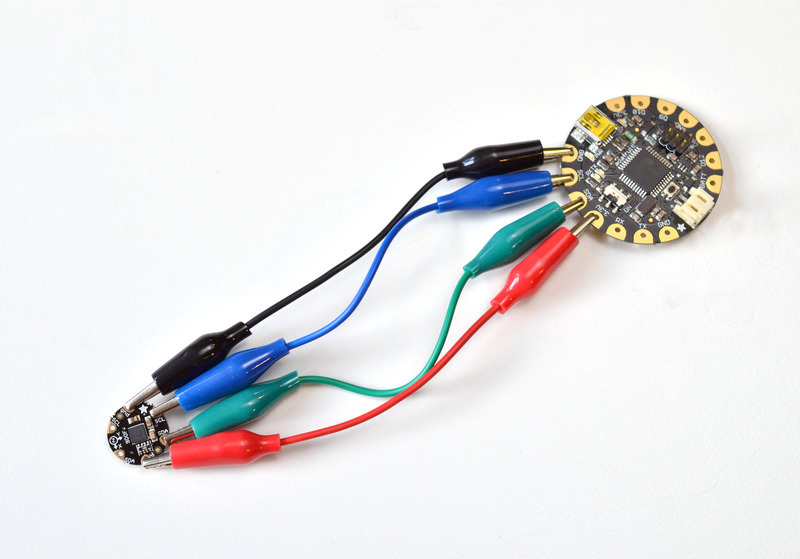 You can easily wire this breakout to any microcontroller, we'll be using an Arduino. For another kind of microcontroller, just make sure it has I2C or SPI, then port the code - its pretty simple stuff!

Let's start with just I2C interfacing since it requires the fewest # of wires: 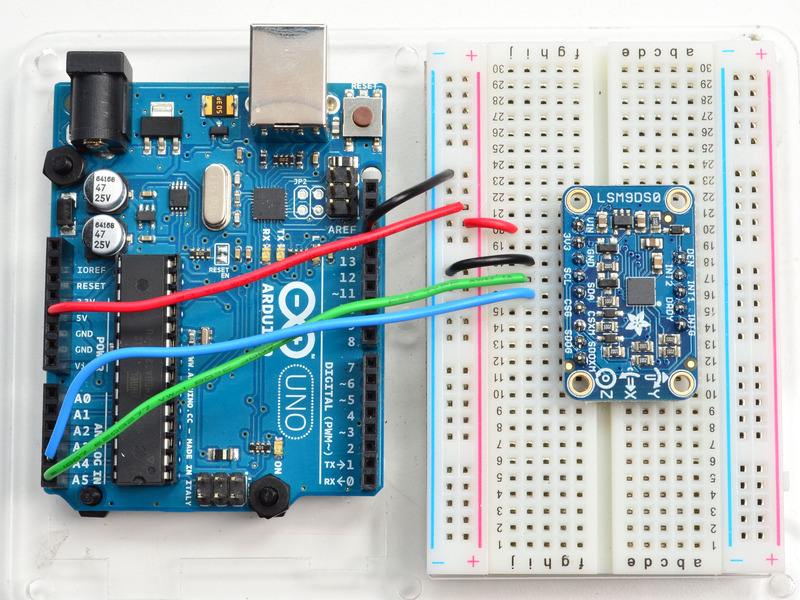 To begin reading sensor data, you will need to download the Adafruit LSM9DS0 library and the Adafruit Unified Sensor library from the Arduino library manager.

Search for the Adafruit LSM9DS0 library and install it 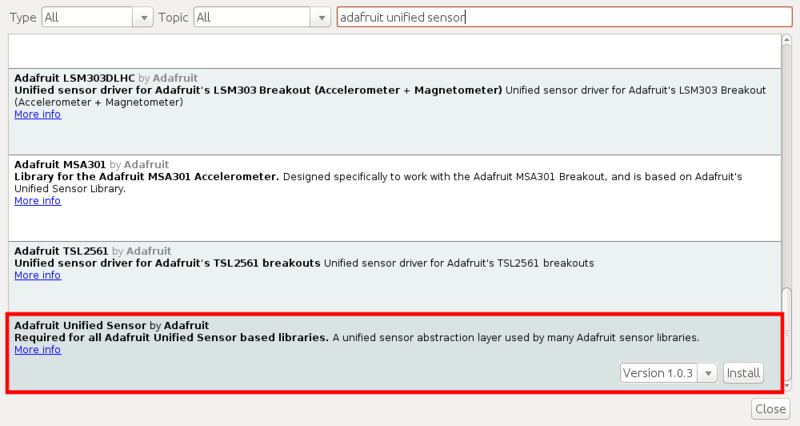 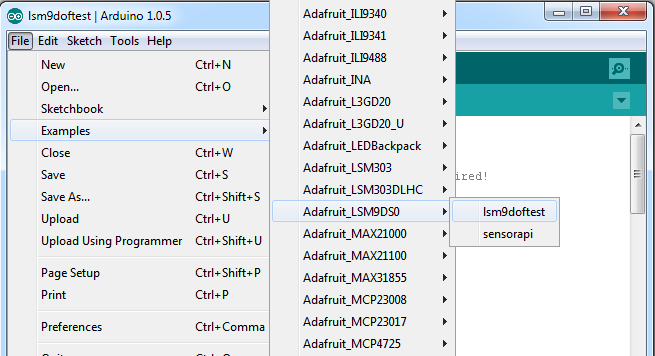 The LSM9DS0 sensor must be wired up to the board for the demo to work!
Then open up the Serial console at 9600 baud to read the raw data output in 'counts'. This is data directly from the sensor, and isn't in any particular units. 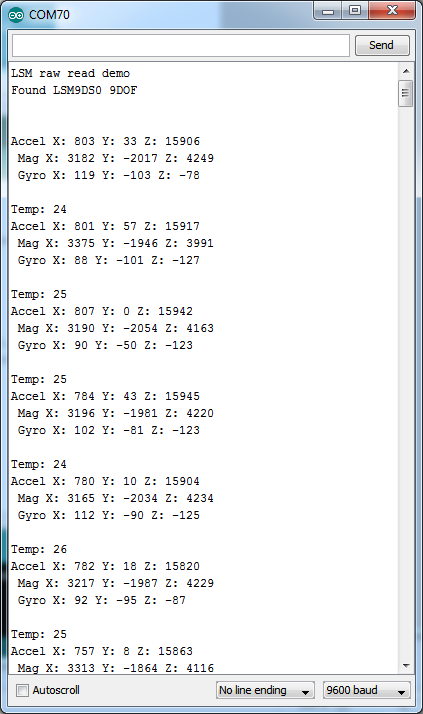 This output is not terribly useful for most people - its simpler but does not have adjusted output units. Instead, we suggest the sensorapi demo. Upload that to the Arduino and open up the Serial console again.

This time, you'll get the outputs in m/s*s, gauss an degrees-per-second 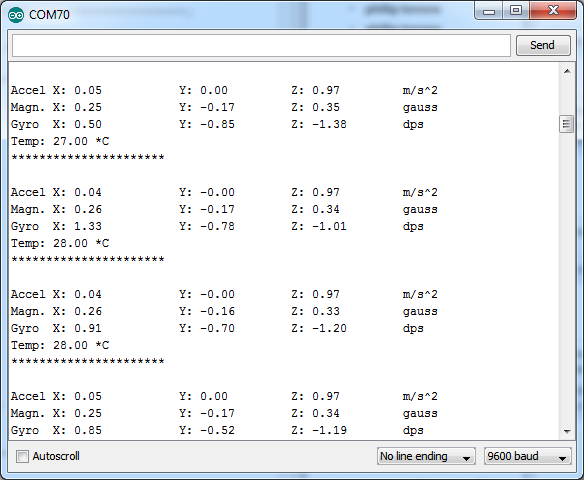 We suggest using this Adafruit_Sensor interface version, since it will let you swap sensors without having to worry about units compatibility. Try twisting and moving the board around to see the sensors change value.

You can create the Adafruit_LSM9DS0 object with:

Download File
Copy Code
I2C does not have pins, as they are fixed in hardware.

If you're using "hardware" SPI, you will have to wire up the pins as follows:
You can determine the hardware SPI pins for your Arduino here Then pick two pins for the CS lines

Download File
Copy Code
If you don't want to use the hardware SPI, you can also try the soft SPI capability, which is bitbanged. You can basically use any pins you like!

To initialize the sensor, call lsm.begin() which will check the sensor can be found. It returns true/false depending on these checks. We suggest you wrap begin() in a statement that will check if the sensor was located:

These chips have tons of registers, we basically provide interface code for the most useful stuff, such as setting the range. Each subsensor has it's own range. Higher ranges have less precision but can measure larger movements!
Set up the ranges with the setup functions:

Read data using the Adafruit_Sensor API by first creating four events, one for each sub-sensor:

Download File
Copy Code
Then pass these into the getEvent function

Download File
Copy Code
The data is snapshotted at once, so you can read and manage the data later.

The temperature event data is in temp.temperature, in degrees C