First you'll need to initialize the I2C bus for your board.  It's really easy, first import the necessary modules. In this case, we'll use board and BiColor24.

Then just use board.I2C() to create the I2C instance using the default SCL and SDA pins (which will be marked on the boards pins if using a Feather or similar Adafruit board).

Then to initialize the bargraph, you just pass i2c in.

If you bridged the address pads on the back of the display, you could pass in the address. The addresses for the HT16K33 can range between 0x70 and 0x77 depending on which pads you have bridged, with 0x70 being used if you haven't bridged any of them. For instance, if you bridge only the a0 pad, you would use 0x71 like this:

You can set the blink rate of the display, but changing it will set the brightness of the entire display and not individual segments. If can be adjusted in 1/4 increments between 0 and 3 with 3 being the fastest blinking. So to set the display to blink at full speed, you would use the following:

To set individual bars to specific colors, you simply treat the bc24 object as a list and set it to bc24.LED_RED, bc24.LED_GREEN, bc24.LED_YELLOW or bc24.LED_OFF.

To fill the entire bargraph, just use the fill() function and pass in the color you want to set it to. For instance, if you wanted to set everything to green, you would use: 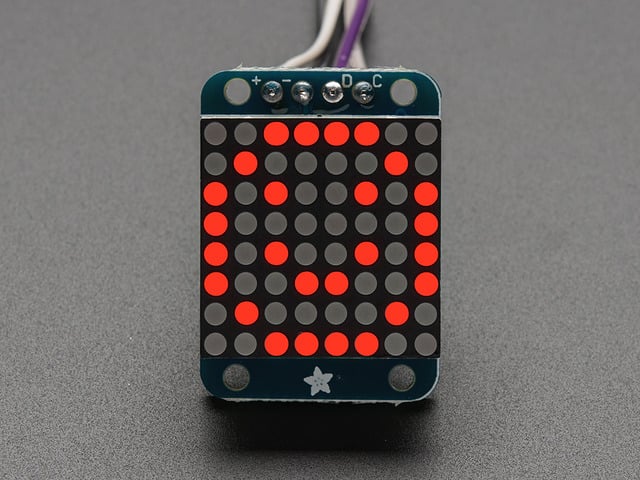 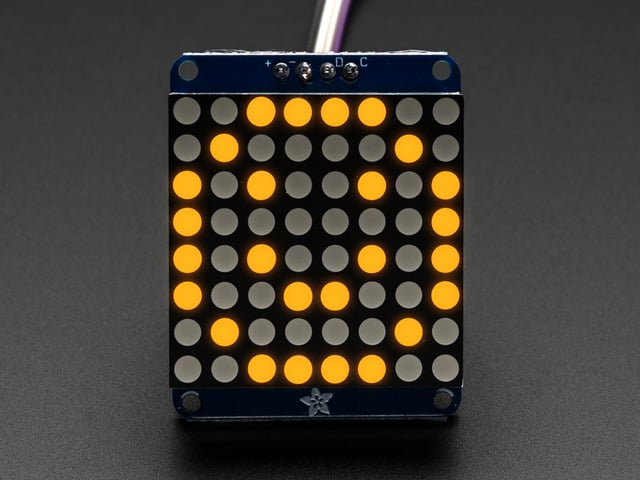 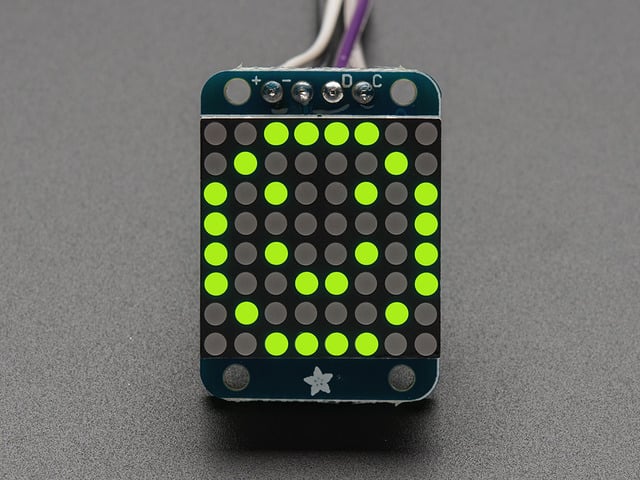 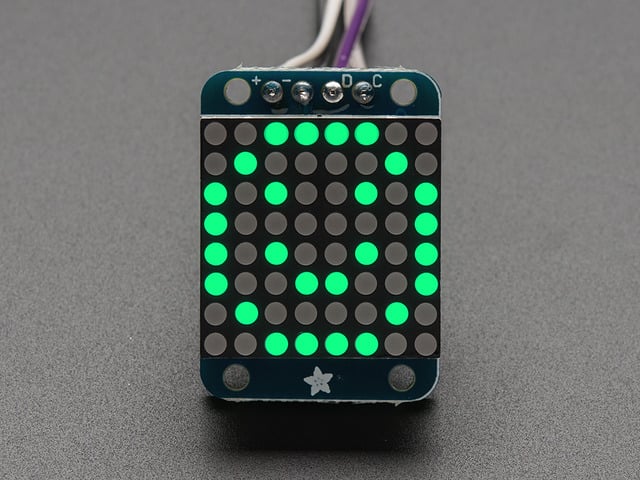 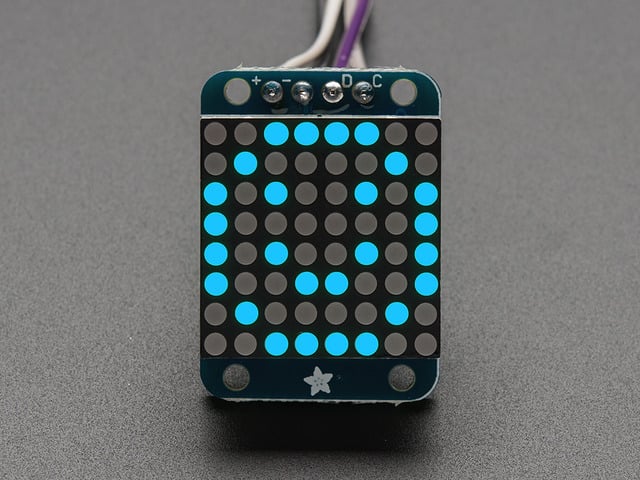 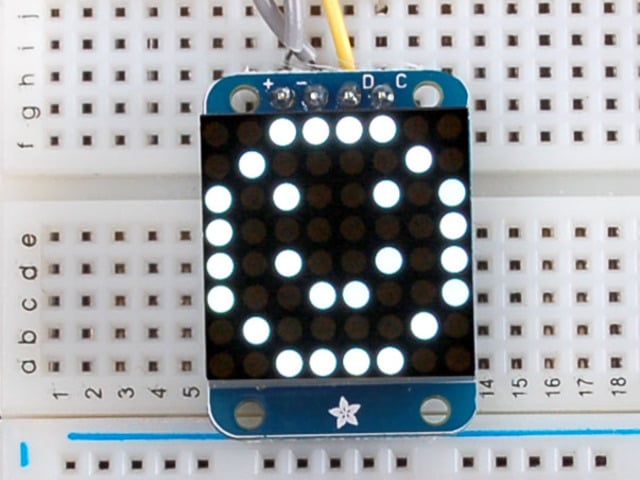 22
Beginner
How to use LED Backpacks & FeatherWings with CircuitPython!
Tony DiCola

18
Intermediate
Make your own adorable BMO with a mini 8x8 LED Matrix and Gemma.
Ruiz Brothers