This guide is outdated - visit the 'Welcome to Adafruit IO' guide for the most recent overview of Adafruit IO: https://learn.adafruit.com/welcome-to-adafruit-io

MQTT, or message queue telemetry transport, is a protocol for device communication that Adafruit IO supports.  Using a MQTT library or client you can publish and subscribe to a feed to send and receive feed data.

If you aren't familiar with MQTT check out this introduction from the HiveMQ blog.  All of the subsequent posts in the MQTT essentials series are great and worth reading too.

To use the MQTT API that Adafruit IO exposes you'll need a MQTT client library.  For Python, Node.js, and Arduino you can use Adafruit's IO client libraries as they include support for MQTT (see the client libraries section).  For other languages or platforms look for a MQTT library that ideally supports the MQTT 3.1.1 protocol.

You will want to use the following details to connect a MQTT client to Adafruit IO:

We strongly recommend using SSL if your MQTT client allows it.

If the MQTT library requires that you set a client ID then use a unique value like a random GUID.  Most MQTT libraries handle setting the client ID to a random value automatically though.

Adafruit IO's MQTT API exposes feed data using special topics.  You can publish a new value for a feed to its topic, or you can subscribe to a feed's topic to be notified when the feed has a new value.  Any one of the following topic forms is valid for a feed:

Where (username) is your Adafruit IO username (the same as specified when connecting to the MQTT server) and (feed name or key) is the feed's name or key.  The smaller '/f/' path is provided as a convenience for small embedded clients that need to save memory.

Check out our guide to Feed Naming for the full details.

For example if your username is mosfet and you're accessing a feed called Photocell One (which has a Key of photocell-one) you can use any of these paths:

To append a new value to a feed perform a MQTT publish against the feed path and provide the new feed value as the payload of the request.

To be notified of a change in a feed perform a MQTT subscribe against the feed path.  When a new value is added to the feed then the Adafruit IO MQTT server will send a notification with the new feed value in the payload.

You can also subscribe to the parent 'feeds' path to be notified when any owned feed changes using MQTT's # wildcard character.  For example the mosfet user could subscribe to either:

Once subscribed to the path above any change to a feed owned by mosfet will be sent to the MQTT client.  The topic will specify the feed that was updated, and the payload will have the new value.

PLEASE NOTE: as we adjust which identifiers we use for Feeds internally, the feed updates you receive when using a wildcard will include but may not be limited to the ones shown above.

One feature of MQTT is the ability to specify a QoS, or quality of service, level when publishing feed data.  This allows an application to confirm that its data has been sucessfully published.  If you aren't familiar with MQTT QoS levels be sure to read this great blog post explaining their meaning.

For publishing feed values the Adafruit IO MQTT API supports QoS level 0 (at most once) and 1 (at least once) only.  QoS level 2 (exactly once) is not currently supported.

Adafruit IO's MQTT server imposes a rate limit to prevent excessive load on the service.  If a user performs too many publish actions in a short period of time then some of the publish requests might be rejected.  The current rate limit is at most 1 request per second (or 60 requests within 60 seconds).

If you exceed this limit, a notice will be sent to the (username)/throttle topic. You can subscribe to the topic if you wish to know when the Adafruit IO rate limit has been exceeded for your user account.

This limit applies to all connections so if you have multiple devices or clients publishing data be sure to delay their updates enough that the total rate is below 2 requests/second.

There are a few ways to send data to our MQTT API if you're writing your own client library.

The simplest way to send values to an IO Feed topic is to just send the value. For example, a temperature sensor is going to produce numeric values like 22.587. If you're sending to mosfet/feeds/photocell-one you can send using a number data type or a string data type. That means either 22.587 or "22.587" will be accepted and stored as a numeric value.

Adafruit IO does its best to treat data as numeric values so that we can show you your data as a chart on an Adafruit IO dashboard and through our Charting API.

To tag your data with a location value, you'll either need to wrap it in a JSON object first or send it to the special /csv formatted MQTT topic.

Specifically, JSON objects must include a "value" key, and may include "lat", "lon", and "ele" keys.

Using a simple Ruby MQTT library and the data shown, all these examples publish the same data to the same feed:

Because Adafruit IO supports additional features beyond a basic MQTT brokering service, such as location tagging for data points, the service supports data in the JSON format described above. Namely:

This lets us store the individual value, 22.587, and data about the value: its latitude, longitude, and elevation. Metadata!

But what happens when the value you want to send is itself JSON? Good news! There are a few solutions available to you in that situation.

It's worth noting that because Adafruit IO parses the entire JSON object that you send it, any valid JSON will be parsed and when it is stored in our system and forwarded to any subscribers, it will be regenerated. The significance of that is that if you publish JSON data with whitespace, it will be stored and republished without whitespace, because our generator produces the most compact JSON format possible.

The second way you can send JSON data as a value is to "double encode" it before sending, in which case IO will treat it as a raw string. If you're using something like javascript's JSON.stringify function or Ruby's JSON.generate, double encoding means passing the result of JSON.stringify through JSON.stringify a second time. In this node.js console example, you can see the difference:

The double encoded JSON string can be sent directly through Adafruit IO without interference from our processing system, because the processing system will not interpret it as JSON. In your receiving code, because the value passed through includes surrounding double quotes, you have to call your parse function twice to restore the JSON object. 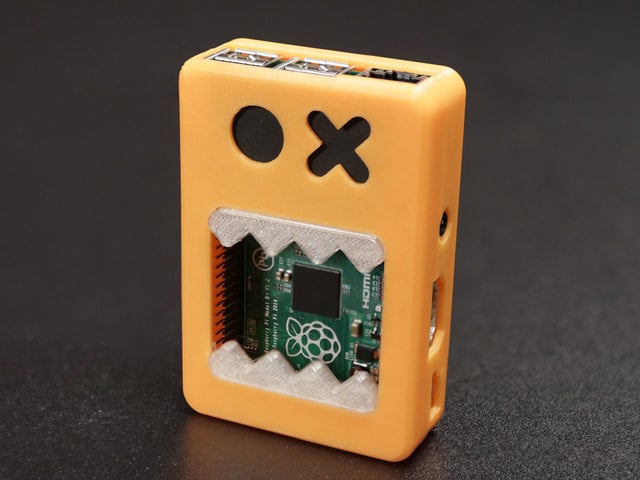 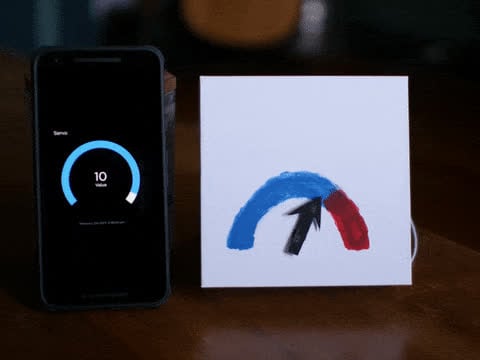