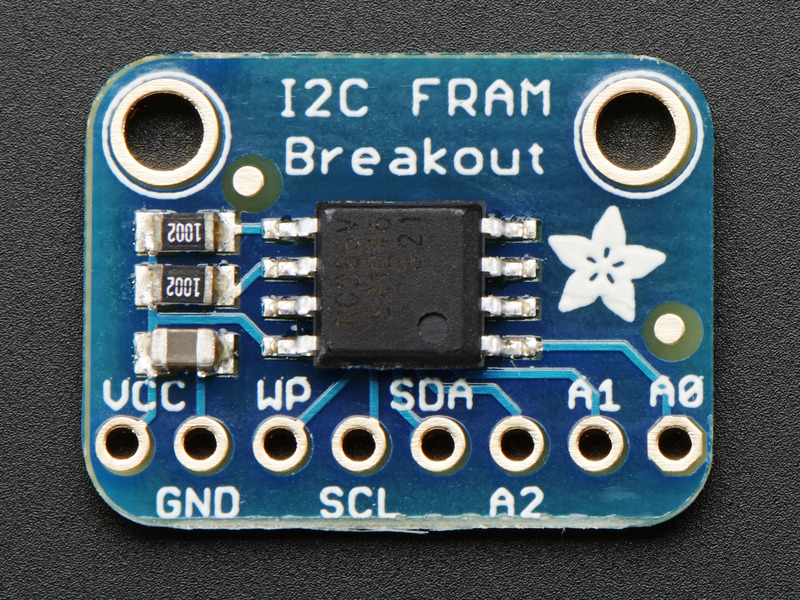 You can easily wire this breakout to any microcontroller, we'll be using an Arduino 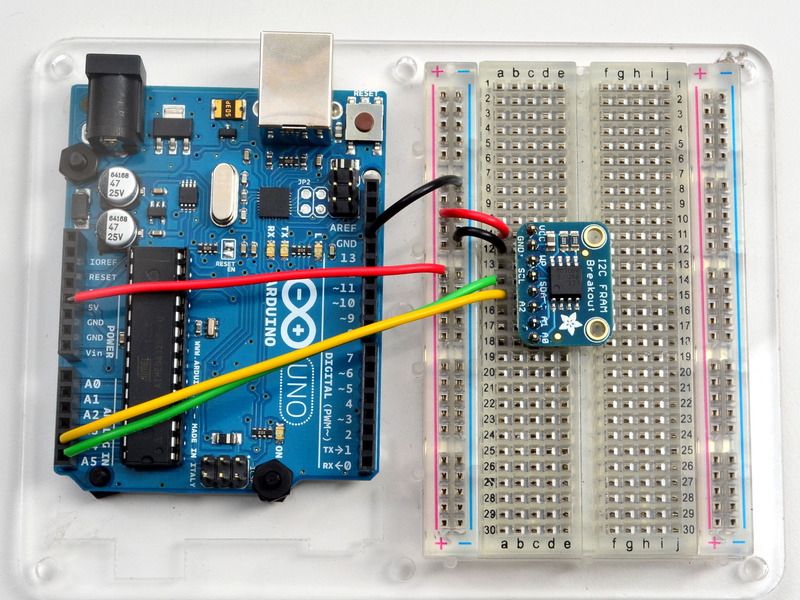 The I2C FRAM has a default I2C address of 0x50 but you can set the address to any of 8 values between 0x50 and 0x57 so you can have up to 8 of these chips all sharing the same SCL/SDA pins. We suggest just connecting up the power and SDA/SCL pins for now. Once you have things working, change up the address as desired.

Place the Adafruit_FRAM_I2C library folder your arduinosketchfolder/libraries/ folder.
You may need to create the libraries subfolder if its your first library. Restart the IDE. 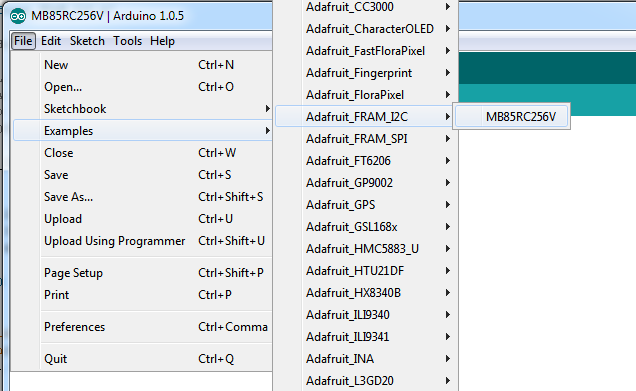 The test is fairly simple - It first verifies that the chip has been found. Then it reads the value written to location #0 in the memory, prints that out and write that value + 1 back to location #0. This acts like a restart-meter: every time the board is reset the value goes up one so you can keep track of how many times its been restarted.

Afterwards, the Arduino prints out the value in every location (all 256KB!) 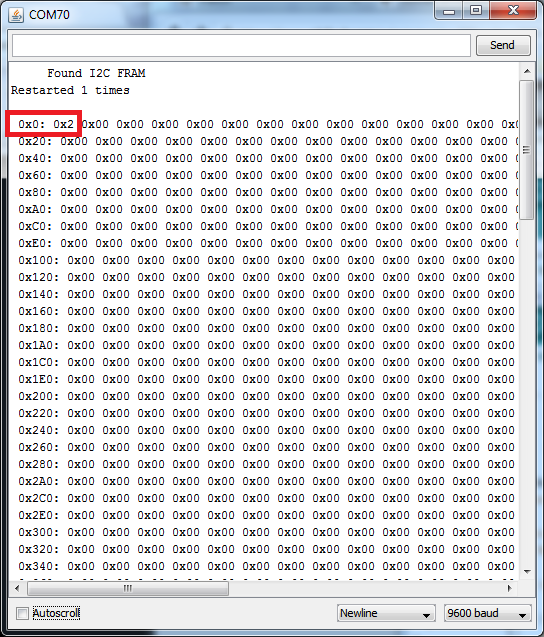 You can create the FRAM object with


Then when you begin(), pass in the i2c address. The default is 0x50 so if you don't put any value in the default is used.
If you have different addresses, call something like

Then to write a value, call


which returns a byte reading.