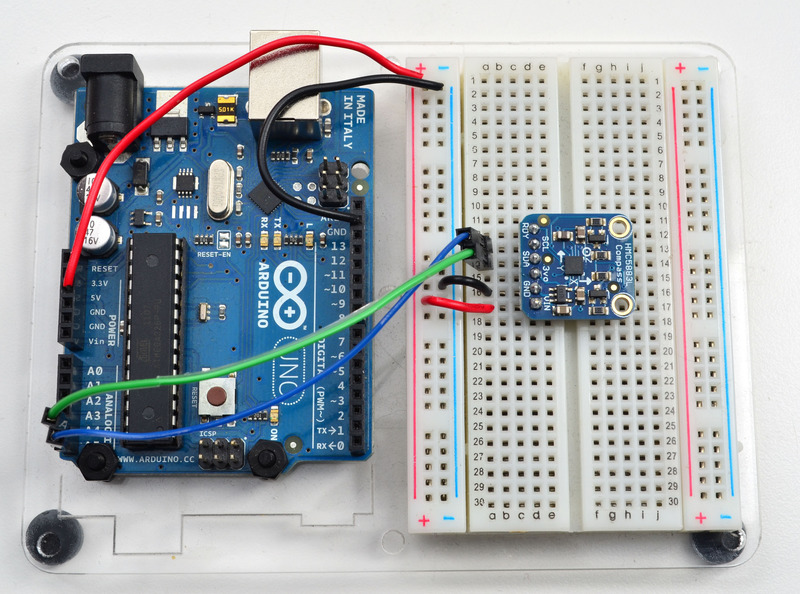 This 3-axis magnetometer breakout is thankfully very easy to use. It only requires 2 power pins and 2 data pins.
We'll be demoing it with an Arduino but any other microcontroller can be used if you are willing to port the I2C code. We suggest using an Arduino to start since its guaranteed to work

The HMC5883L has a fixed I2C address, you can only connect one sensor per microcontroller!

Lucky for you we have written a very nice sensor library for the HMC5883L, which is based off of our Adafruit_Sensor framework library.

Search for the Adafruit Sensor library and install it

Search for the Adafruit HMC5883 library and install it

Now, open the demo with file -> examples -> Adafruit_HMC5883_U -> magsensor and upload it to your Arduino.

And open up the serial console. You will see some quick spec's about the HMC5883 and then a stream of data with X Y Z magnetometer data in uTeslas and then a calculated heading. If you hold the module so that it is parallel with the ground then it will point you in the direction of North! 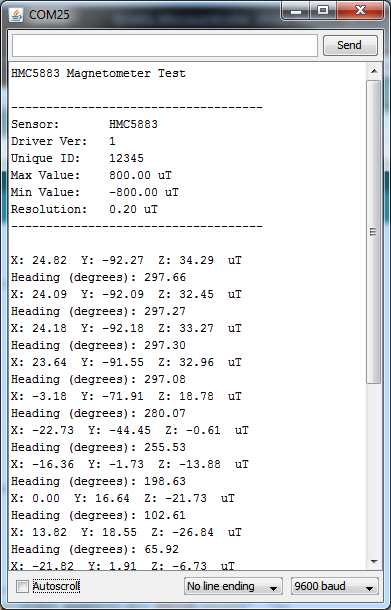