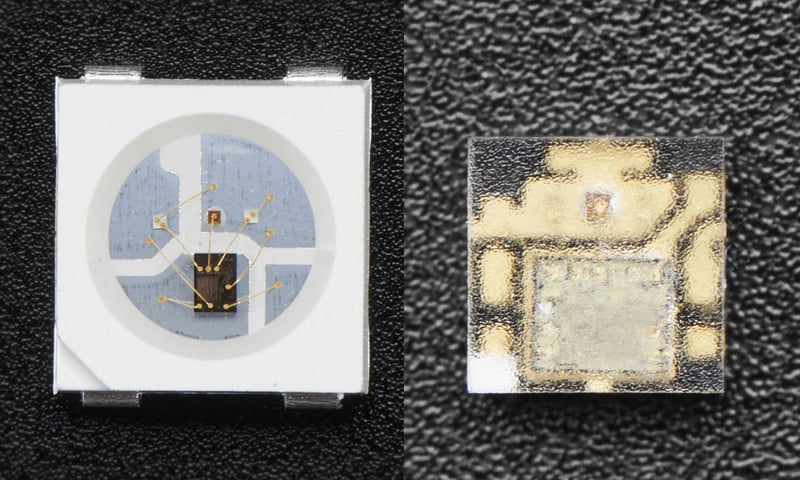 Coding a rainbow effect involves a little math and a helper function called colorwheel. For details about how wheel works, see this explanation here!

We add the colorwheel function in after setup but before our main loop.

The main loop contains some math that cycles i from 0 to 255 and around again repeatedly. We use this value to cycle colorwheel() through the rainbow!