The Circuit Playground Express has some nice built in audio output capabilities.

There are two ways to get audio output, one is via the small built in speaker. The other is by using alligator clips to connect a headphone or powered speaker to the A0/AUDIO pin.

If you want to connect a speaker or headphones, use two alligator clips and connect GND to the sleeve of the headphone, and A0/AUDIO to the tip. 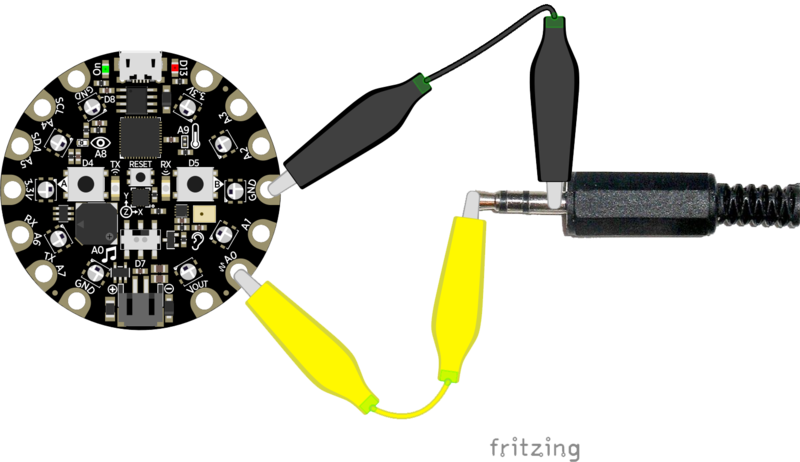 We can start by making simple tones. We will play sine waves. We first generate a single period of a sine wave in python, with the math.sin function, and stick it into sine_wave.

Then we enable the speaker by setting the SPEAKER_ENABLE pin to be an output and True.

Finally you can run audio.play() - if you only want to play the sample once, call as is. If you want it to loop the sample, which we definitely do so its one long tone, pass in loop=True

You can then do whatever you like, the tone will play in the background until you call audio.stop()

Tones are lovely but lets play some music! You can drag-and-drop audio files onto the CIRCUITPY drive and then play them with a Python command

Click the green buttons to download the wave files, and save them onto your CIRCUITPY drive, alongside your code.py and lib files 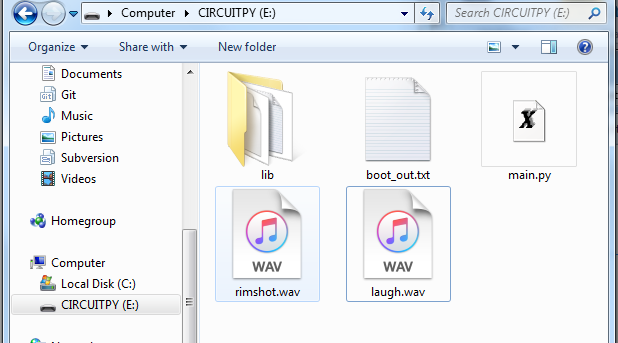 This is the example code we'll be using

This example creates two input buttons using the onboard buttons, then has a helper function that will:

Upload the code then try pressing the two buttons one at a time to create your own laugh track!

If you want to use your own sound files, you can! Record, sample, remix, or simply download files from a sound file site, such as freesample.org. Then, to make sure you have the files converted to the proper specifications, check out this guide here that'll show you how! Spoiler alert: you'll need to make a small, 22Khz (or lower), 16 bit PCM, mono  .wav file! 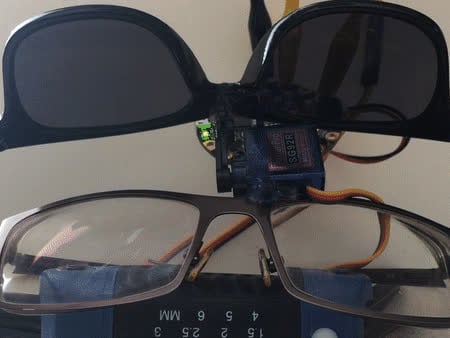 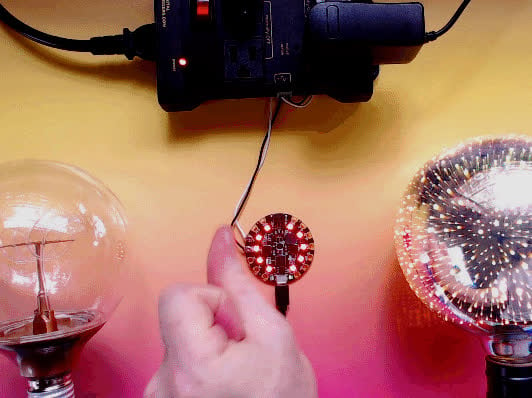 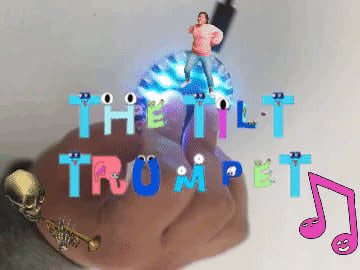