The photocell used is of a type called a light dependent resistor, sometimes called an LDR. As the name suggests, these components act just like a resistor, except that the resistance changes in response to how much light is falling on them.

This one has a resistance of about 50 kΩ in near darkness and 500 Ω in bright light. To convert this varying value of resistance into something we can measure on an Arduino's analog input, it need to be converted into a voltage.

The simplest way to do that is to combine it with a fixed resistor. 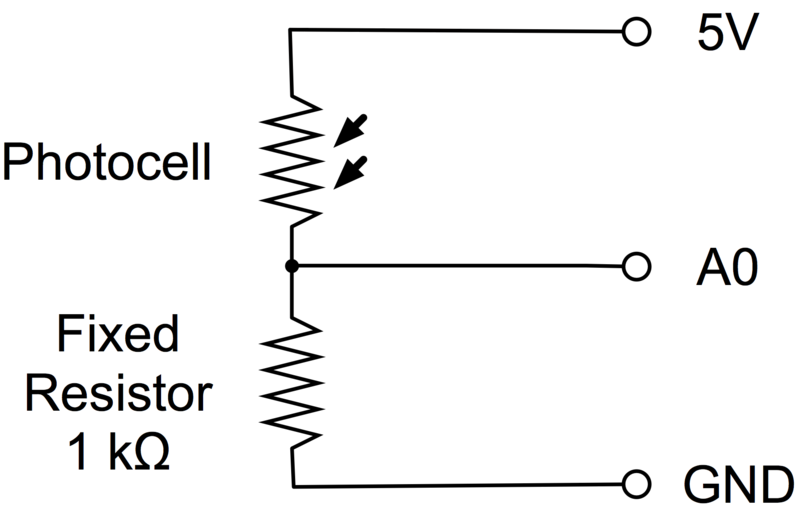 The resistor and photocell together behave rather like a pot. When the light is very bright, then the resistance of the photocell is very low compared with the fixed value resistor, and so it is as if the pot were turned to maximum.

When the photocell is in dull light the resistance becomes greater than the fixed 1kΩ resistor and it is as if the pot were being turned towards GND.

Load up the sketch given in the next section and try covering the photocell with your finger, and holding it near a light source. 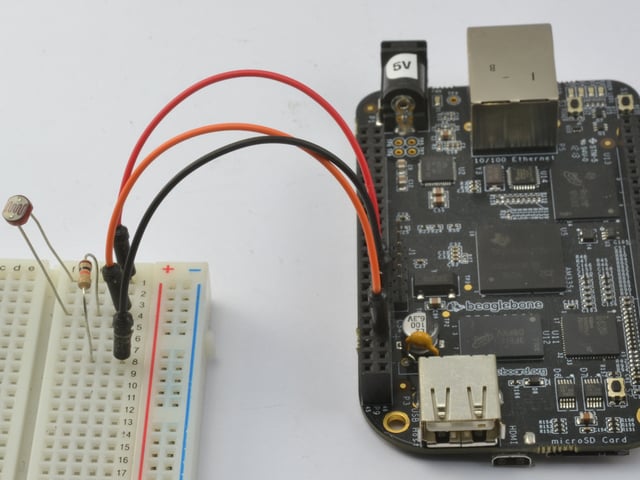