The Arduino IDE includes an example of using the LCD library which we will use. You can find this on the File menu under Examples → Liquid Crystal → HelloWorld.

This example uses different pins to the ones we use, so find the line of code below:

and change it to be:

Upload the code to your Arduino board and you should see the message 'hello, world' displayed, followed by a number that counts up from zero.

The first thing of note in the sketch is the line:

This tells Arduino that we wish to use the Liquid Crystal library.

The arguments to this are as follows:

In the 'setup' function, we have two commands:

The first tells the Liquid Crystal library how many columns and rows the display has. The second line displays the message that we see on the first line of the screen.

In the 'loop' function, we also have two commands:

The first sets the cursor position (where the next text will appear) to column 0 & row 1. Both column and row numbers start at 0 rather than 1.

The second line displays the number of milliseconds since the Arduino was reset.

Soldering Pins to the Display Other Things to Do 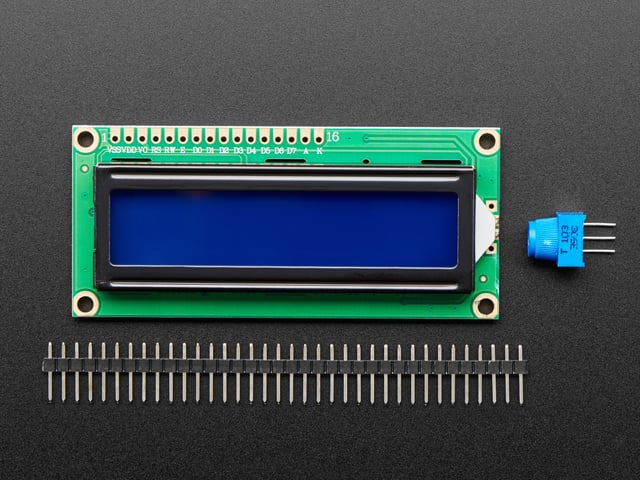 Adding a Single Board Computer to Blinka
By M. LeBlanc-Williams
7
Intermediate
×