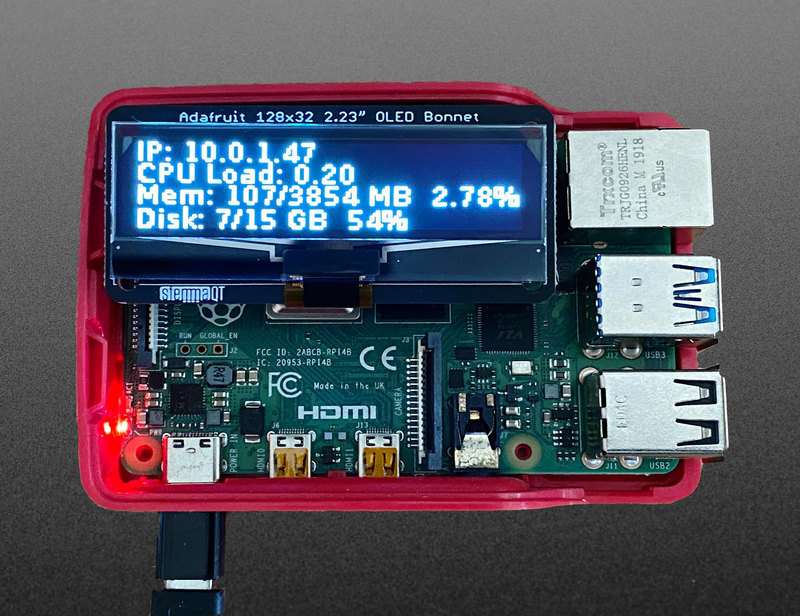 If you're looking for a bright, readable OLED display for a Raspberry Pi (most likely a Pi Zero) project, this might be just the thing you need!

The Adafruit 2.23" Monochrome OLED Bonnet for Raspberry Pi is your chonky OLED pal, ready to snap onto any and all Raspberry Pi computers, to give you a vivid display. The Bonnet comes with a 2.13" diagonal monochrome 128x32 OLED, with sharp white pixels. The OLED the I2C pins plus GPIO #4 for reset, so you have plenty of GPIO connections available for buttons, LEDs, sensors, etc. It sits nice and flat, so many cases that have an open top can have this display inserted. 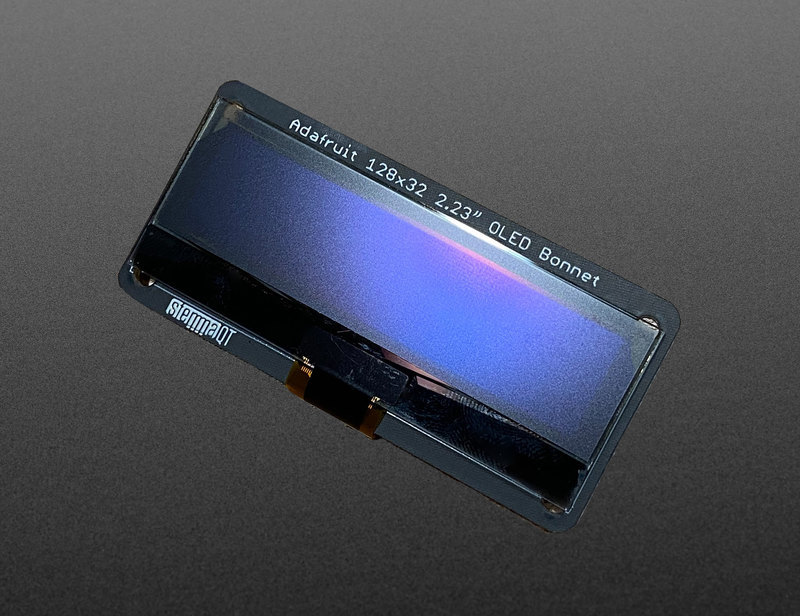 Compared to our similar PiOLED display, this OLED has the same resolution but is much larger, so it can be read from across the room. This screen is made of 128x32 individual white OLED pixels and because the display makes its own light, no backlight is required. This reduces the power required to run the OLED and is why the display has such high contrast; we really like OLED displays for their crispness!

Using the display is very easy, we have a Python library for the SSD1305 chipset. Our example code allows you to draw images, text, whatever you like, using the Python imaging library. Our tests showed 30 FPS update rates so you can do animations or simple video. 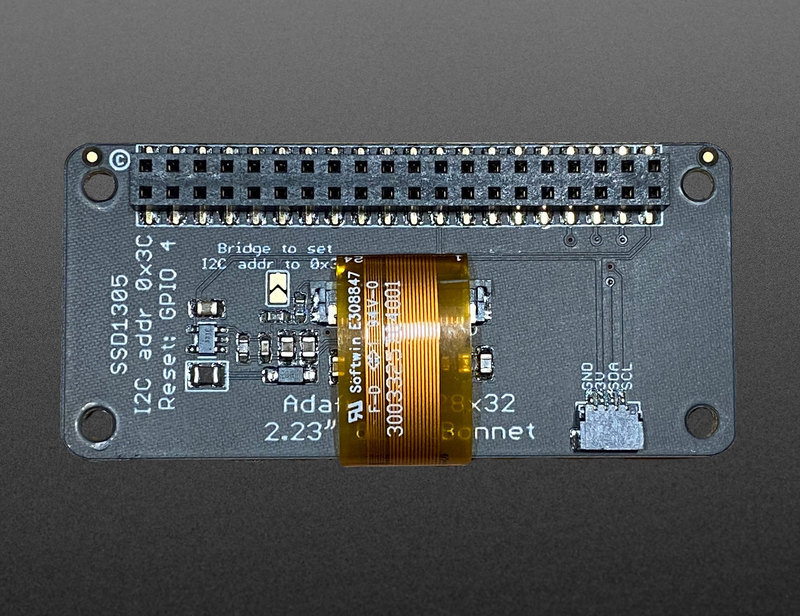 Comes completely pre-assembled and tested so you don't need to do anything but plug it in and install our Python code! Works with any Raspberry Pi computer that has a 2x20 connector, such as the Pi B+, Pi 2, Pi 3, Pi 4, and Pi Zero (and any others that have a 2x20 connector!)

On the bottom, we have a Qwiic/STEMMA QT connector for I2C sensors and devices so you can plug and play any of our STEMMA QT devices.