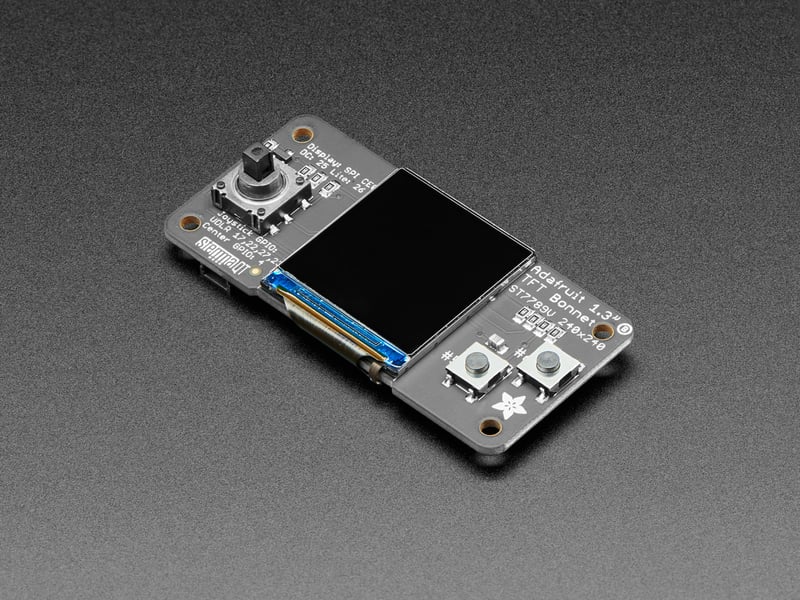 If you'd like a compact color display, with buttons and a joystick - we've got what you're looking for. The Adafruit 1.3" Color TFT Bonnet for Raspberry Pi is the big sister to our mini PiTFT add-ons. This bonnet has 240x240 color pixels in an IPS TFT display, controlled over SPI. This display is super small, only about 1.3" diagonal, but since it is an IPS display, it's very readable with high contrast and visibility.

With the TFT display in the center, we had some space on either side so we added a 5-way joystick and two pushbuttons. Great for when you want to have a control interface for your project. On the bottom we have a Qwiic/STEMMA QT connector for I2C sensors and device so you can plug and play any of our STEMMA QT devices. 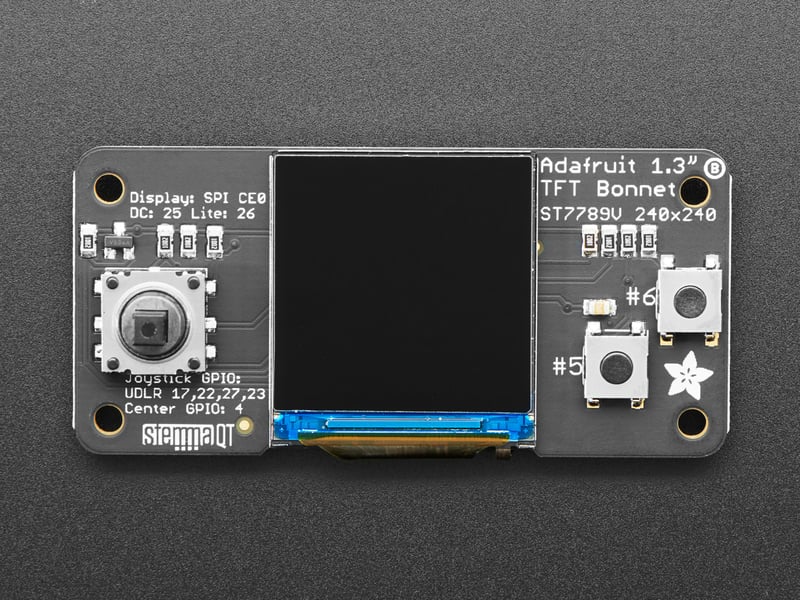 Using the display is very easy,. We have a kernel driver and Python library for the ST7789 chipset. You can set it up as a console output so you can have text and user interface through the Raspberry Pi OS or you draw images, text, whatever you like, using the Python imaging library.  We also have Python code you can use to read the joystick and buttons. Our tests showed  around 15 FPS update rates so you can do animations or simple video. 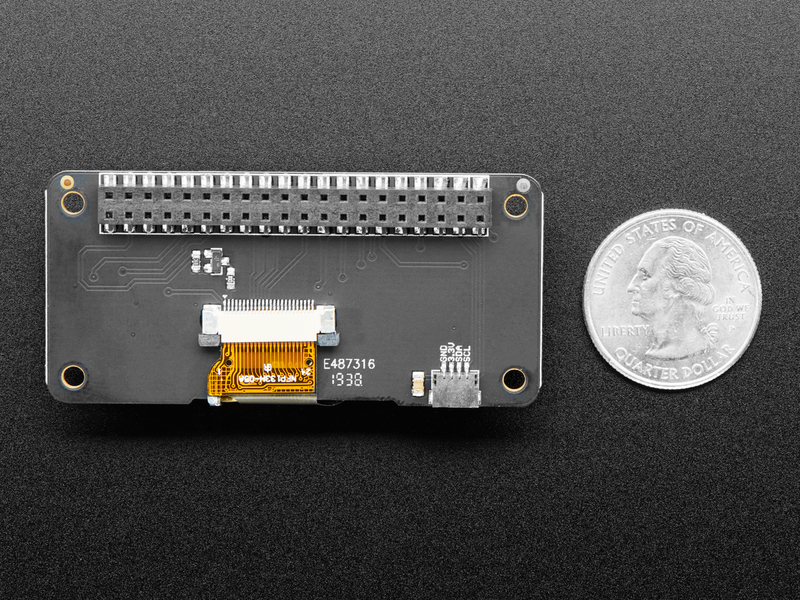 Comes completely pre-assembled and tested - you don't need to do anything but plug it in and install our Python code! Works with any Raspberry Pi computer, including the original Pi 1, B+, Pi 2, Pi 3, Pi 4, and Pi Zero.

CircuitPython Libraries and Jupyter Notebook on any...

Beginner
Honk! You're a horrible goose. Have fun terrorizing the village with a voice-activated Goose Game costume controller.
John Park