I was hacking in the lab quite late one night - soldering pins and debugging the bytes - When suddenly a bang exploded with sparks, and a figure emerged from the hazy dark!

(The monster mask) Its eyes were LCD glass

(It wore a mask) It had some chips on the back

(The monster mask) And a sweet solder mask

This Halloween, you will be the spookiest in town thanks to ADABOX 13! Cat eyes, or monster peepers...The MONSTER M4SK board included in this BOX can be customized with different eyeball and sound effects to bring your costume or cosplay to life. You can wear the M4SK as a set of goggles, or break it apart to have two independent eyes. Pair it with one of the blank masks included for you to decorate, or perhaps outfit a ghost, skeleton or pumpkin decoration! 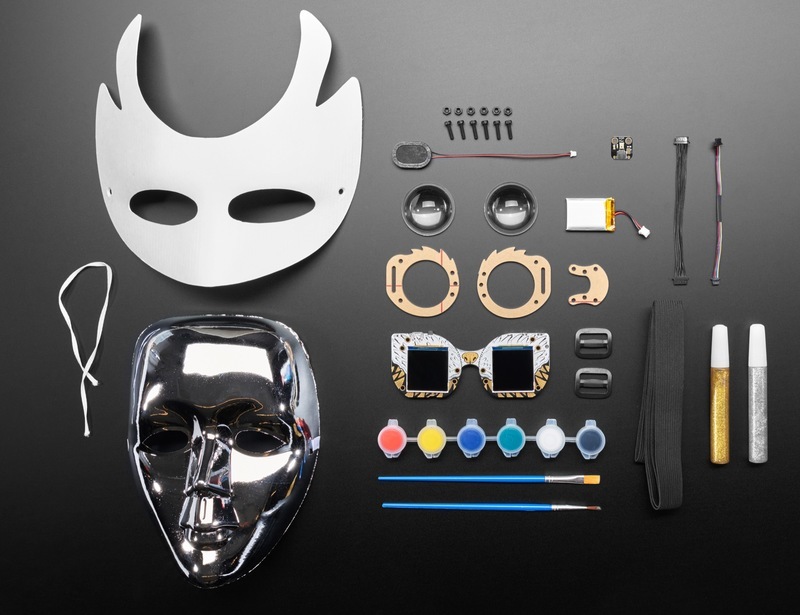