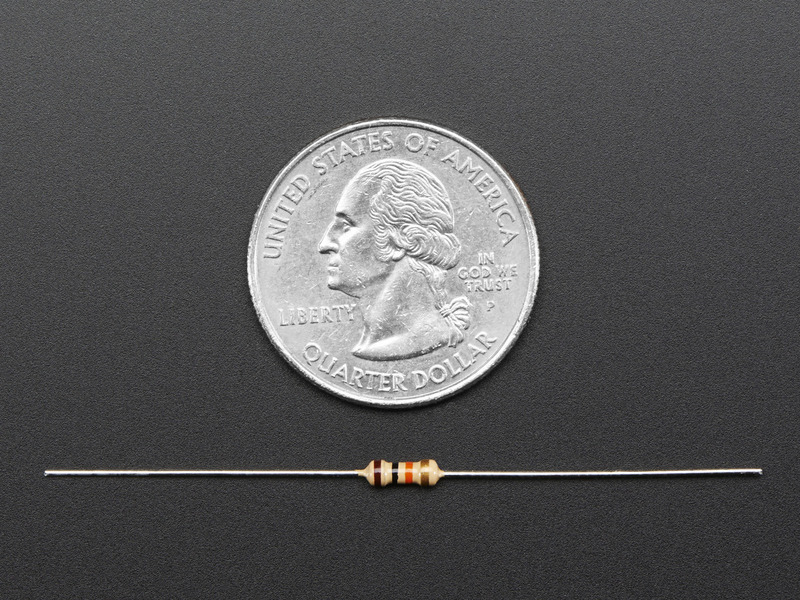 Resistors are the most common electronic component. They resist the flow of current, which lets you control how much current is going through your circuit. They're great for changing the brightness of LEDs, as well as pulling voltages on signals up or down.

You get 5 of two types. The first is 10,000 ohms. This resistor has Brown Black Orange Gold stripes. This one is used the most for sensors and switches 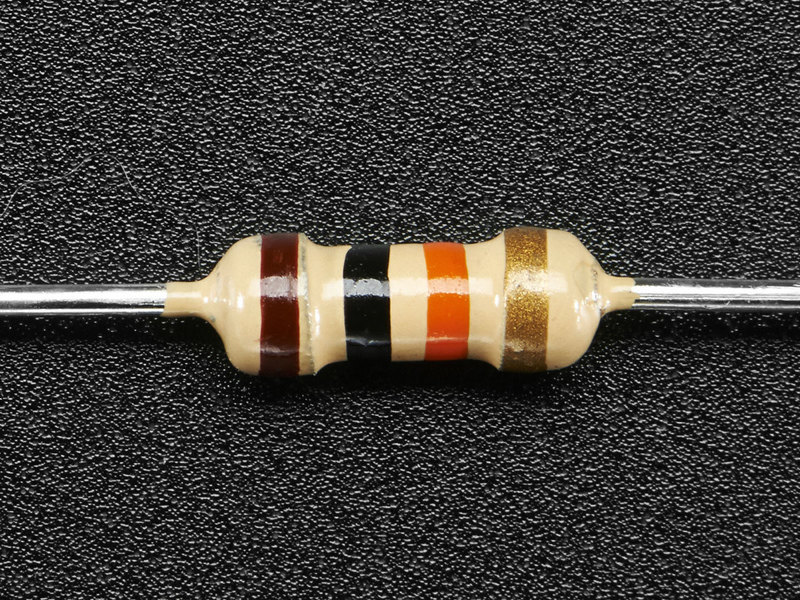 The other is a set of five 560 ohm resistors You can tell it apart because it has Green Blue Black Gold stripes. This one is used the most for LEDs 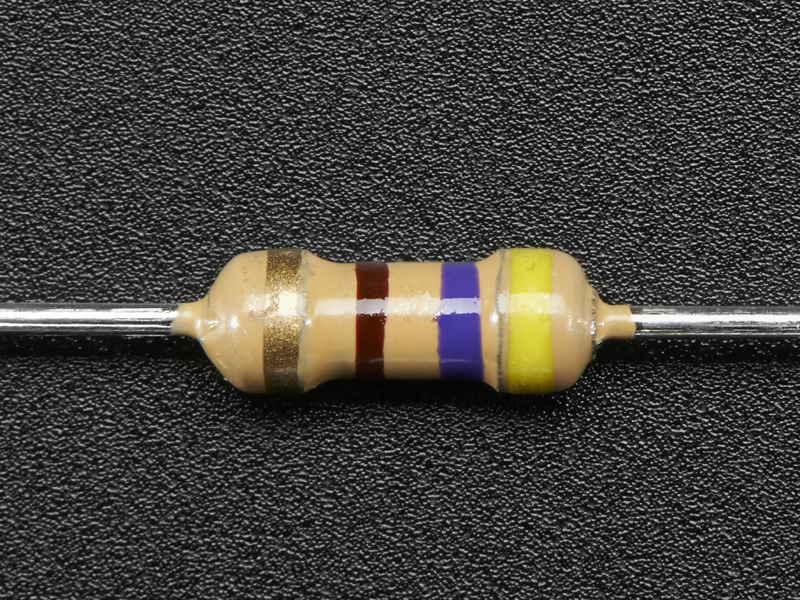 Resistors are very simple, and they have a fixed value. Wouldn't it be cool if you had an adjustable resistor? Such things exist! They are called potentiometers. We give you two: the total resistance of each is 10,000 ohms (like the top resistor) but as you twist the knob the resistance between the middle pin and the outer pins ranges from 0 to 10,000 ohms 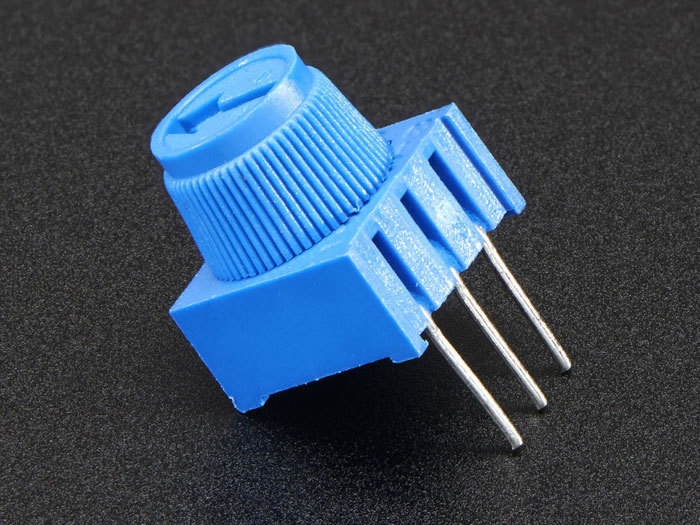 This page (Resistors and Potentiometers) was last updated on Jun 01, 2022.