All of the code needed to run this project is located at
https://bitbucket.org/alterationx10/8bitbox-adafruit

NOTE: The Android code is targeted to a minimum of Android JellyBean (API 16)! You will have to do a bit of work to make is work with older Android devices (but it is possible).

Take a step back

Let's take a moment to think about what we've done so far.

Hardware design: It might not be too advanced, but we laid out some components on a shield. It may only be an RGB LED and a buzzer, but that has implications for our firmware.

Firmware design: Based on our hardware design, we have laid out our firmware to connect to our components. We know we are going to be talking to a Bluetooth Android device, so we have even implemented our own communication protocol.

Software design: We are now at the point where we can make software to talk to the firmware on the hardware we made! How exciting! But this can be very frustrating too. You writing software (an App) with other peoples software (Android) on other peoples hardware (your phone/tablet) to communicate with the firmware you wrote for your own hardware. What happens when something doesn't work? Is it your software? Is it your firmware? Is it your hardware? Or is it theirs? It's probably a vicious mixture of all of the above :-)

But, we should take a deep breath a step gently though each step, thinking about how each part interacts with each other to isolate and fix any issues that arise.

A full discussion of Android (and some of the problems you might run in to) is outside the scope of this tutorial. Much of the code is commented, or can be further commented if you ask, and the best understanding would come from looking right at the code and tweaking it yourself.

What "interesting interactions" will our app perform?

What commands will we be sending?

With all this in mind, lets look at our simple UI, and figure out which UI elements we are going to assign to which actions. 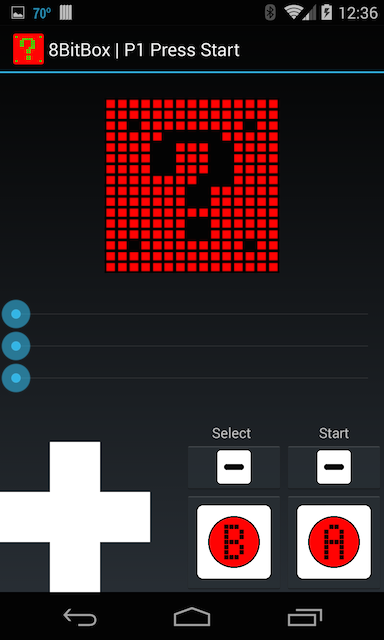 Lets lay out all the actions we want to perform, and what elements will trigger/show it

Element - Function
Now that we have an overview of what the app does, let's discuss a few of the of them in a little more detail.

This is what happens when we press to connect to the 8BitBox. We connect to the 8BitBox based on it's MAC address, and provide a custom CallBack to perform events based on the result. We try to connect using Serial Port Protocol, and if successful, we get the socket input out output streams. Then it's just like usual RX/TX on the Arduino! This is very much like Serial.begin() in an Arduino sketch, and once we are connected, we just start sending bytes of data back and forth.

When the select button is pressed, we want to disconnect from the device. This is the type of code you would run for that event

We will use the slider (SeekBar) to adjust our RGB values. By setting the maximum possible value to 255, every time it is changed, we can just send a command with the progress value, and adjust the LED.

A and B Buttons

These buttons simply send a preconfigured array of bytes to play a song over the piezo buzzer. The interesting thing here, is that music presents a challenge due to the timing. It's only a quarter note if it's played for a quarter of the time...

This is where out protocol comes in handy! We don't expect a response when we change the LED, because the timing isn't so important, but for this it is. For the case of beeping out some music, we don't want to send the next note until the last note has played. Playing a note is started with the command "Z", and on the Arduino side, once we are finished playing a note, we will return a "z" to indicate that we're done and ready for the next note.
Download File
Copy Code
Arduino Code Putting it all Together 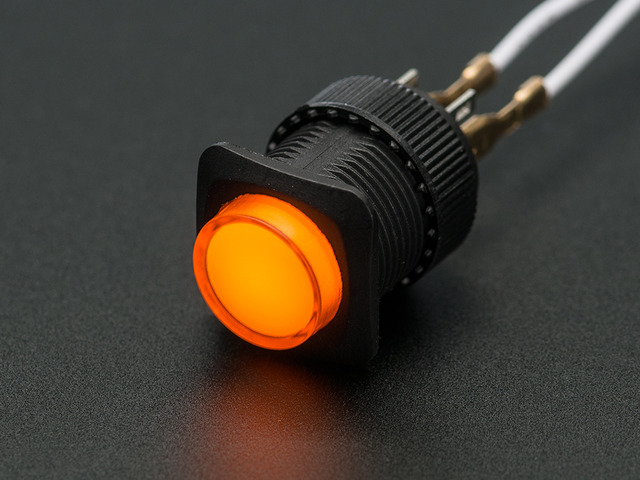