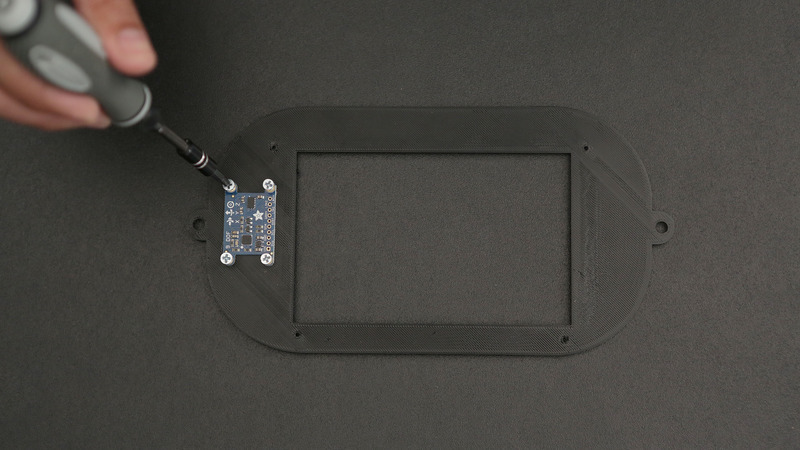 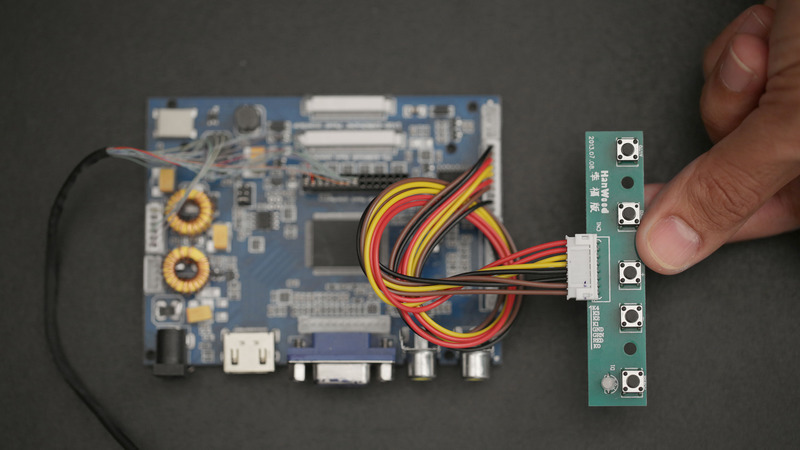 Twist and curl the control board wire into a manageable shape that can fit over the middle of the driver board. It should hover right above the center. 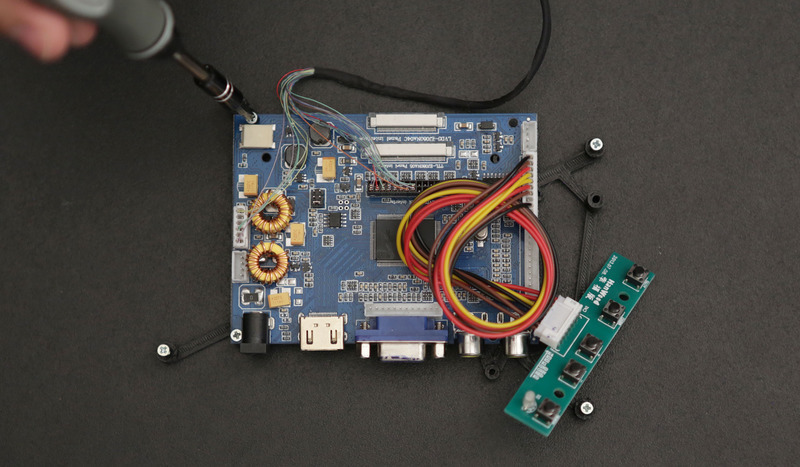 Use #2-56 x 3/8 screws to fasten the driver board on to the vr-driver.stl part. All seven holes can be used, but 4 screws on the outer most holes provides a solid "no-shake" hold. 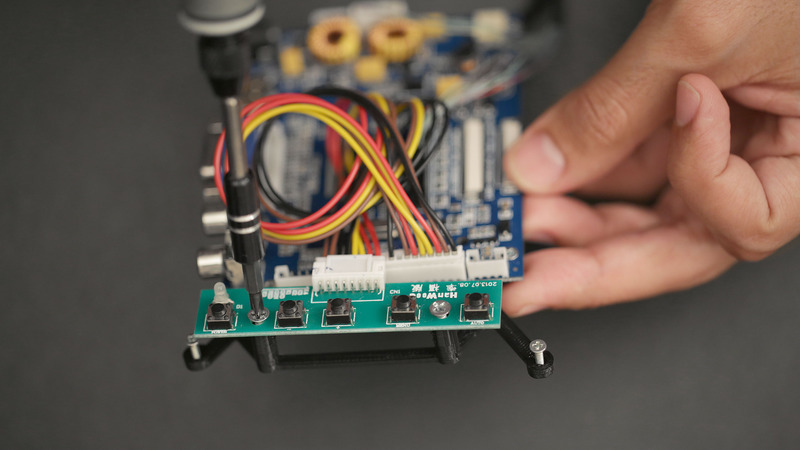 Secure the controller board to the two tallest standoffs using two #4-40 x 1/8 screws. 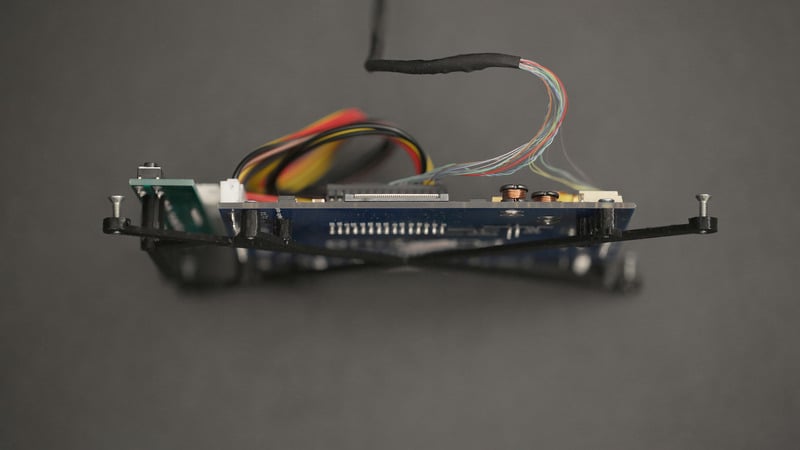 Attach the frame on to the monitor by adding four #2-56 x 3/8 screws to each outer most corner. The monitor stand offs are a bit shorter than the rest. Thread each half way and align the holes to the monitor tabs on each corner. 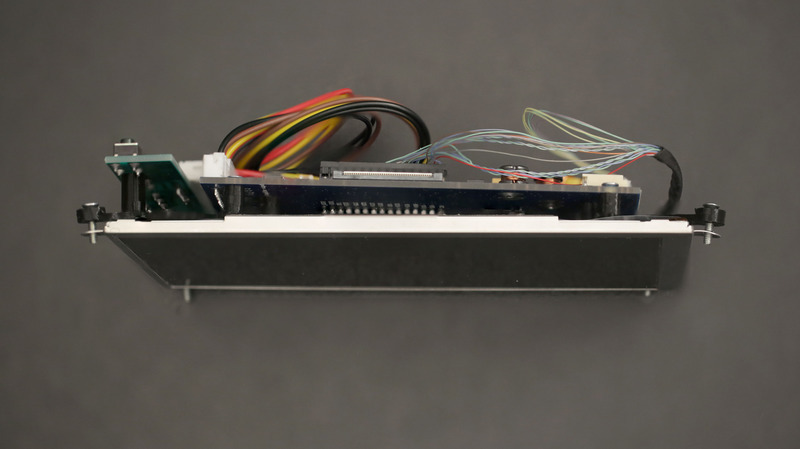 Guide each corner into place, and thread each screw in. Thread the screws one third of the way through the stand off and monitor tabs. 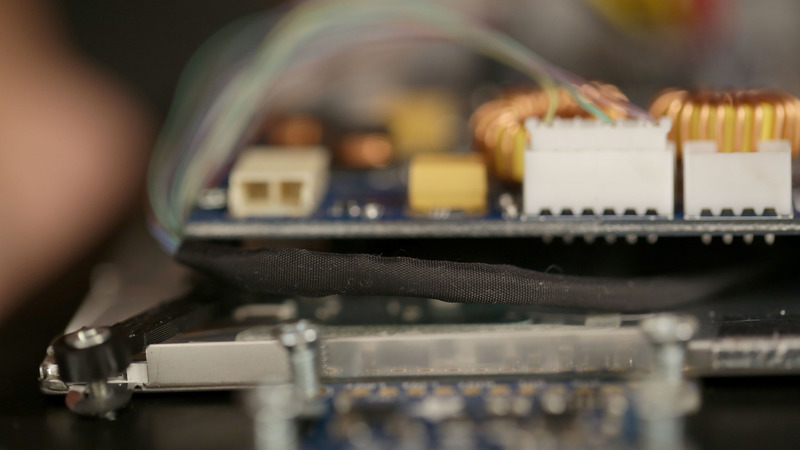 Tuck away the wires that connect the monitor to the driver board. Hide the cables between the board and monitor. Careful not to bend or tug those tiny wires! 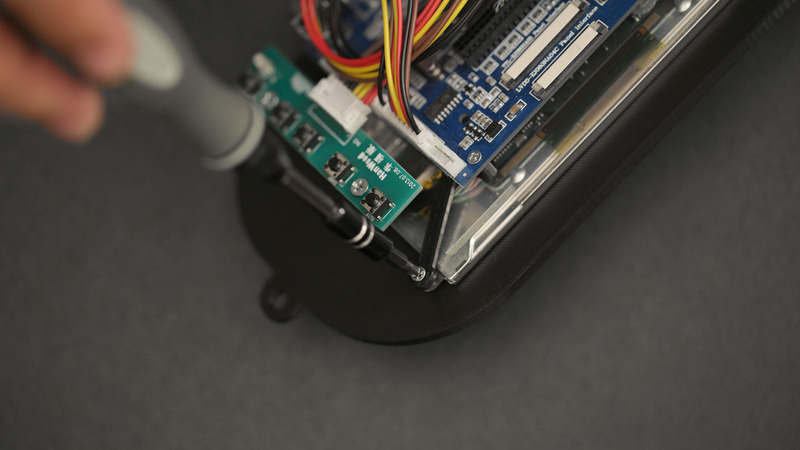 Attach driver board to monitor

Align the monitor assembly on to the vr-mtn.stl part. Remember you can choose which way the (HDMI + Power)wires will connect into the monitor, either from the top or from the bottom. 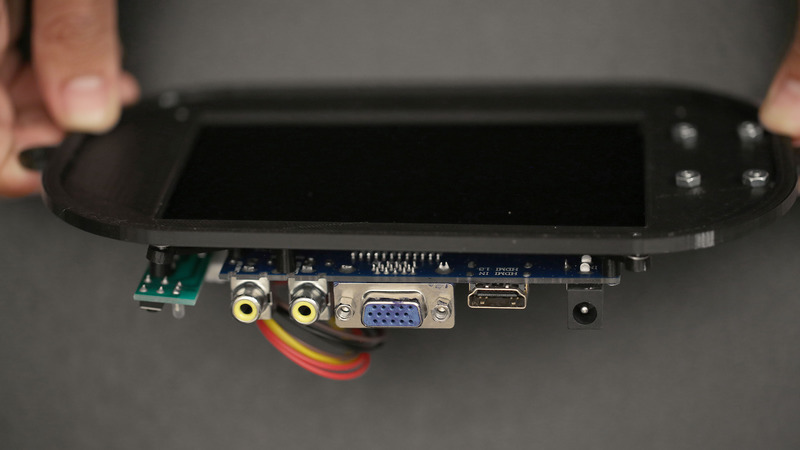 The #2-56 x 3/8 screws should thread down into the vr-mnt.stl but not all the way through the part. Insure the screws are tight and all of the components are jiggle free! 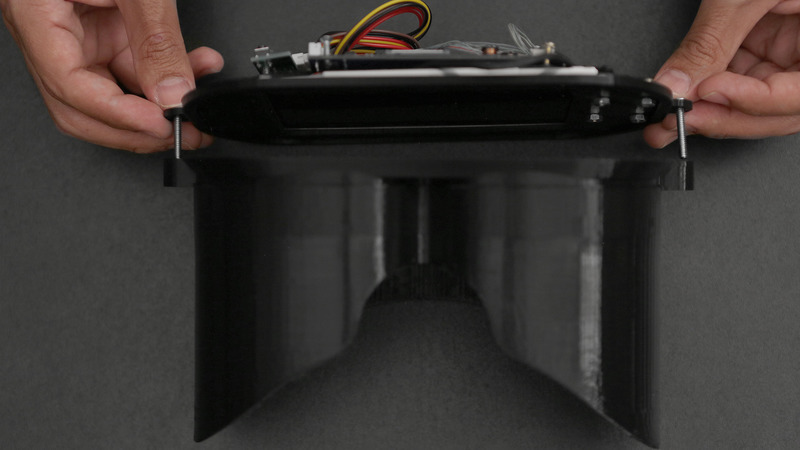 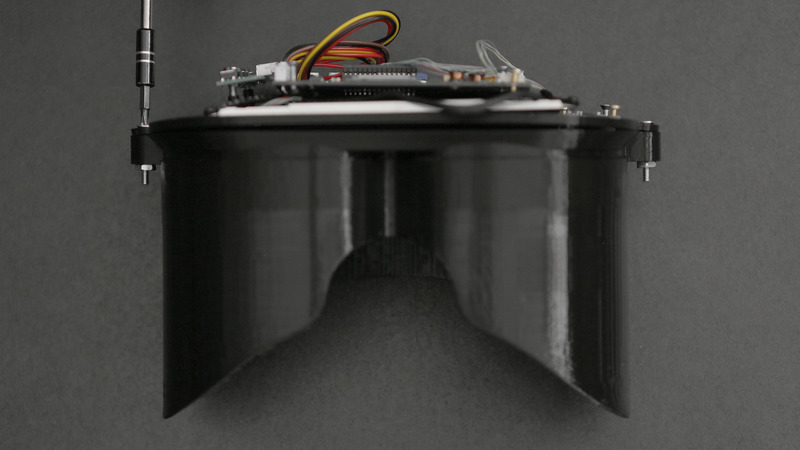 Use #6 nuts to securely hold both parts together. 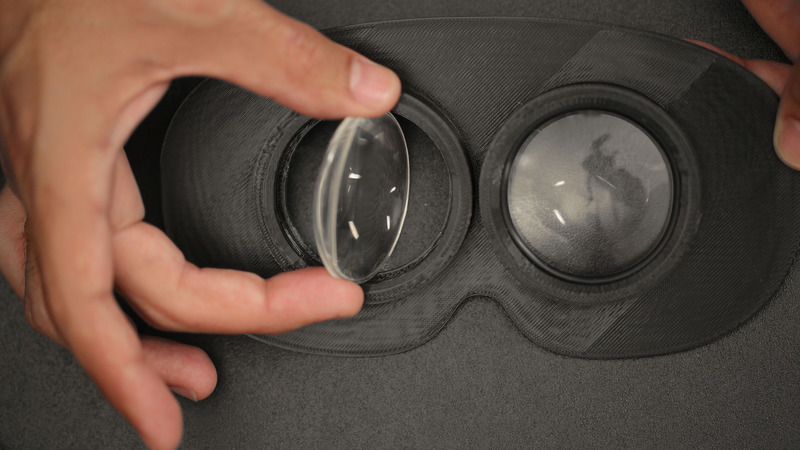 Insert each lens into the vr-lens.stl part. Both surfaces of the lens bulge outwards, so the lips are designed to hold the biconvex lens around the bulge. 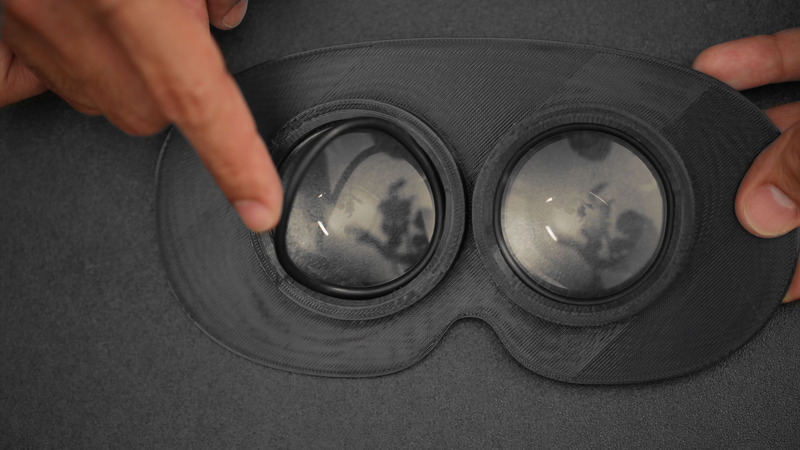 Reuse the rubber gasket that each lens comes with. The inner lining of the lens lips have a groove that will securely gips the lens on to the vr-lens.stl part. 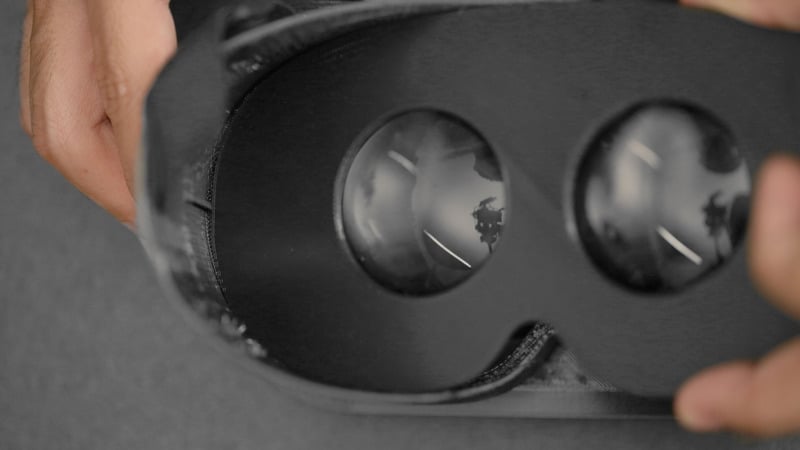 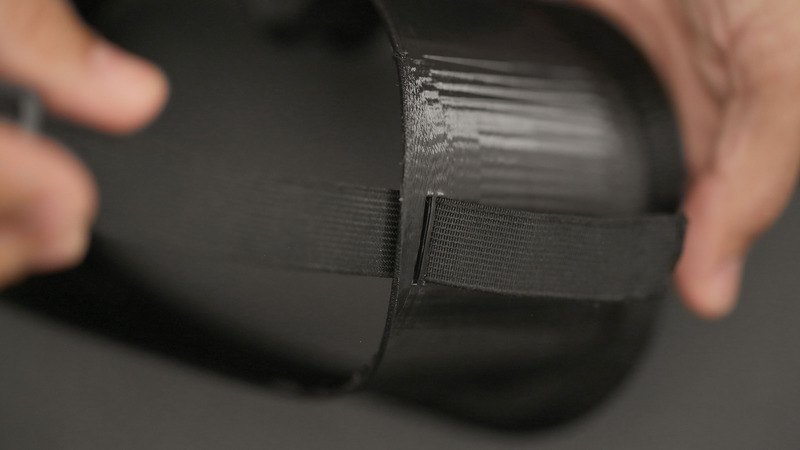 The top part of the hood flaps have two holes to attach the elastic band. Thread the band through the bottom hole and then into the top hole to secure each side of the band. 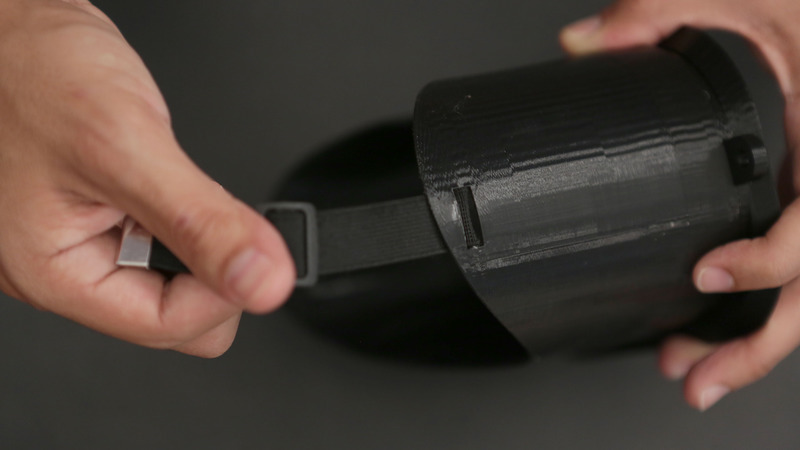 Pull the band through until the band can fit around your head. 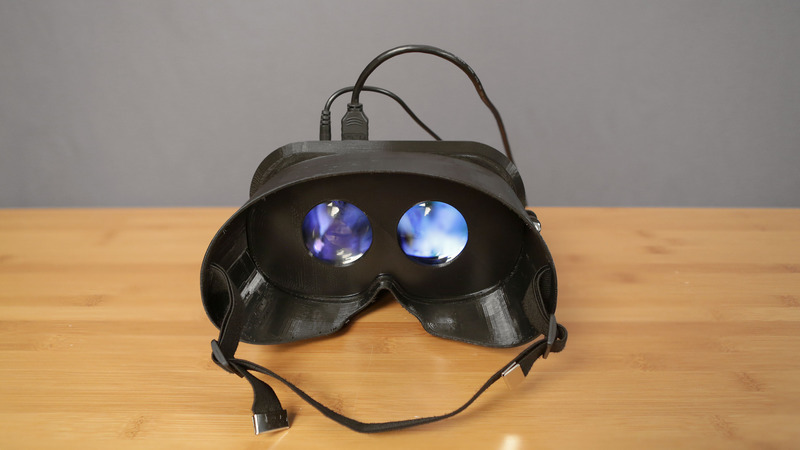 Plug in the 9v power adapter and an HDMI cable from a video source. You can watch 3d stereoscopic videos or movies or even immersive head-tracking enabled 3d games.
3D Printing Code 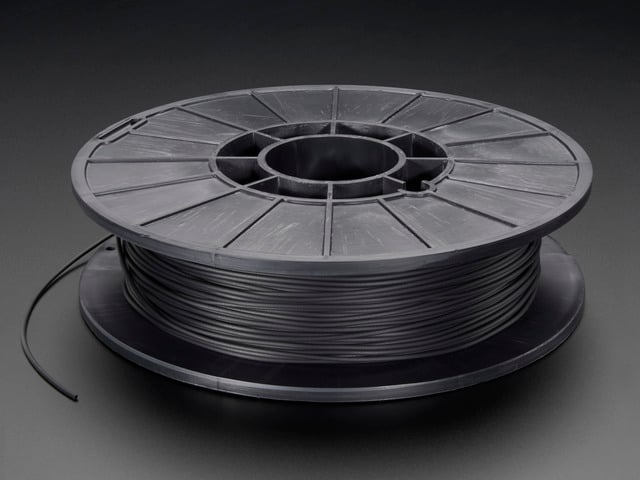 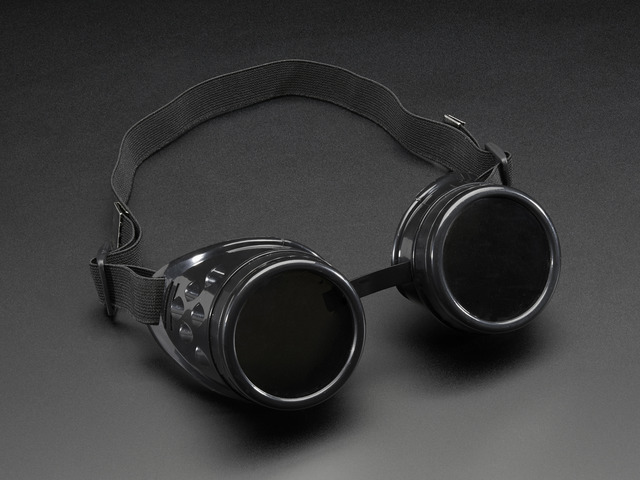 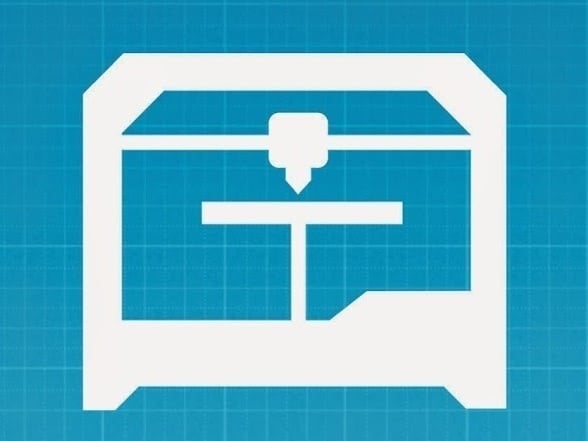 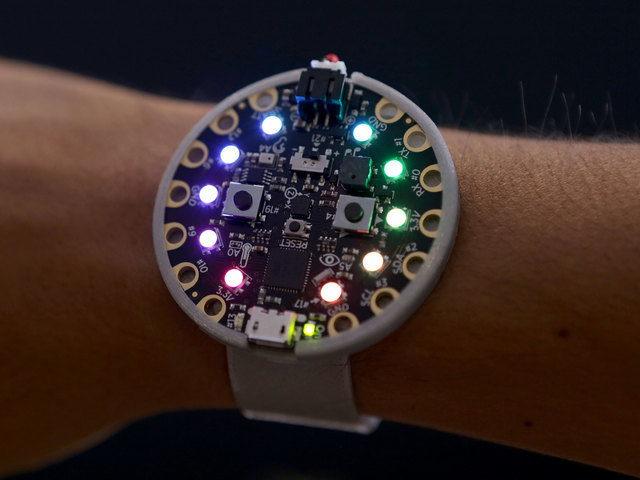