We have a library with example code ready to go for use with these TFTs. The library is not incredibly fast and optimized but its a good start and can easily be ported to other micrcontrollers. However, we'll assume you're using an Arduino.

Two libraries need to be downloaded and installed: the TFTLCD library and the GFX library. You can install these libraries through the Arduino library manager.

Search for the Adafruit GFX library and install it:

If using an older Arduino IDE (pre-1.8.10), do the same for Adafruit_BusIO (newer versions do this one automatically).

Then search for the Adafruit TFTLCD library and install it:

For this shield, there is one more step! Open up the TFTLCD.h file in the libraries folder and uncomment the line at the top that says:
Download File
Copy Code
Restart the Arduino software. You should see a new example folder called TFTLCD and inside, an example called graphicstest. Upload that sketch to your Arduino. You should see a collection of graphical tests draw out on the TFT. 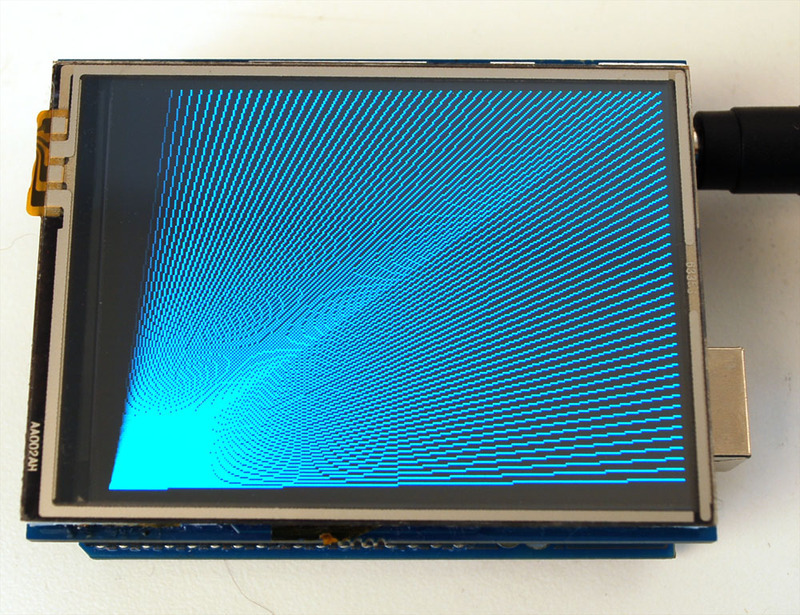